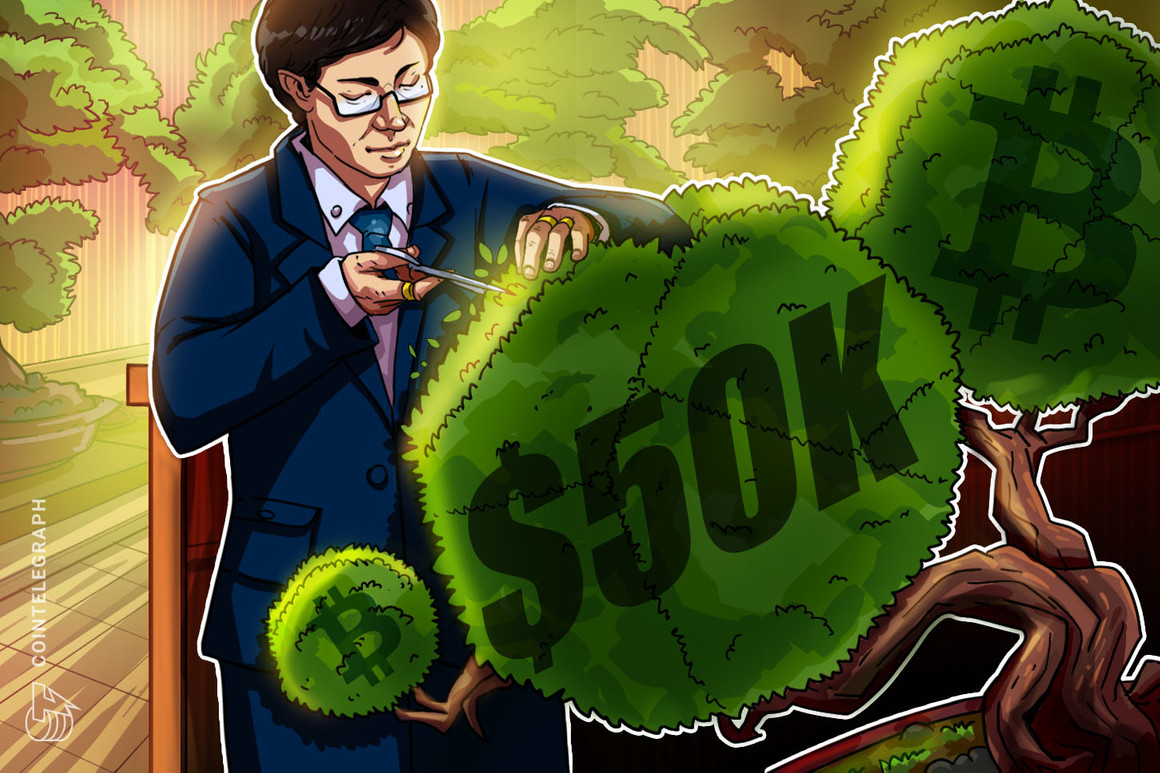 The euphoria seen across the cryptocurrency ecosystem over the past couple of weeks was tampered down on Aug. 26 as an early morning attempt by bulls to push the price of Bitcoin to $50,000 was soundly rejected.

Data from Cointelegraph Markets Pro and TradingView shows that following its rejection, the price of Bitcoin slid to a low of $46,457 before bulls managed to regroup and put a halt to the downturn.

Here’s what analysts are saying about Thursday’s price action for Bitcoin and a few things they are watching for as the digital asset is caught between a tug-o-war between bulls and bears.

BTC price could trend south for a while

The $50,000 price level was identified as a critical area for Bitcoin by market analyst and Cointelegraph contributor Michaël van de Poppe, who posted the following tweet outlining the significant support and resistance areas.

Might be making a slight bounce here, but overall trend is south for a little.

Invalidation if breakout above $49K happens (and mostly, $51K). pic.twitter.com/d7gTuHKCvA

According to van de Poppe, Bitcoin is likely to spend some time in a downward trend following this latest pullback, but there is a significant amount of support at the $44,000 level that could protect it from further decline.

The $51,000 price level was noted by van de Poppe as an important price to overcome to invalidate the current bearish trend.

“It’s obviously not a bear market, but the overall consensus is that emotions can take over. Especially if Bitcoin corrects some more towards $44,000 or potentially $42,000, the topic of ‘long bear cycle’ will start to take over.”

According to Whalemap, a crypto-focused data tracking service, the calls for a lengthy bear cycle are premature at best according to on-chain data.

“No reasons to get bearish just yet. Risk reward looks pretty positive if you look at on-chain data. A lot of UTXOs held unspent at $46,200 and not much selling pressure up until $57,400.”

Crypto analyst Will Clemente issued some reassuring words on Aug. 24 when warned of a possible short-term bearish pullback based on exchange inflows and whale wallet activity.

I am short term bearish.

Thursday’s pullback in the market showed that Clemente’s concerns were warranted and the analyst followed up the previous tweet with, “I think the large portion of this short-term move is probably over.”

“It’s not unexpected to see some profit-taking after the move up to $50,000, but watching the rate at which this is happening and more importantly, are sellers willing to start selling at a loss? Some clues can be offered by Realised P/L, SOPR, SOAB, ASOL, and Realised Gradient.”